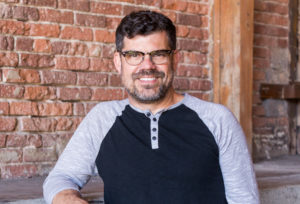 The Office of Religious Life (ORL) at the University of Southern California (USC) is proud to welcome Ryan Bell as Humanist Chaplain.

“Forty-four percent of incoming USC Freshman this year have no religious affiliation. We are at a unique moment in American religious history as the fastest growing religious demographic are those who are unaffiliated with formal religion. Traditionally, very few resources have been allocated on college and university campuses to meet this need, but USC is changing that,” said Dr. Varun Soni, Dean of Religious Life.

In his role, Ryan will serve as Advisor to the Secular Student Fellowship and provide programing and resources to the growing number of atheist, agnostic, humanist, secular, and questioning students at USC.

Ryan joins USC after 20 years of pastoral ministry experience, first in the Philadelphia metro area and then in Los Angeles. He was the Senior Pastor of the Hollywood Seventh-day Adventist Church from 2005 to 2013 after which he parted ways with the Adventist Church due to theological and practical differences. In January 2014 Ryan began a personal and professional project he called “Year Without God.” In a blog by the same name, he wrote that he would spend the year exploring atheism and the problems with Christianity in an effort to answer questions that had long bothered him. A year later, Ryan revealed to Arun Rath on All Things Considered that he was an atheist and a humanist. His story appeared on the cover of the Los Angeles Times in December 2014 and covered by media outlets around the world, including the BBC, CNN, NPR, Washington Post, to name a few.

Today, Ryan is the National Organizing Manager at the Secular Student Alliance and hosts a podcast called Life After God.

“The future of the humanist chaplaincy is bright,” says Associate Dean Vanessa Gomez Brake. “Our office is not oriented around God, but around meaning and purpose. This sets us apart from other universities, so it was only logical Bell join our team, and continue to expand our support to those students and staff who have a secular worldview.”