On February 12th people all across the globe celebrate Darwin Day to honor the founder of modern biology. Charles Darwin’s theory of evolution was so revolutionary that it’s often referred to as the unifying principle of biology. We celebrate Darwin to reject the undeserved hostility his scientific discoveries face to this day.

Second, we celebrate Darwin Day because his ideas are still controversial in many corners of society. The rejection of science and fact based reasoning can lead to great harm. Just look at the antivax fiasco! So our students celebrate Darwin Day by honoring his memory, promoting proper science education, and challenging pseudoscience. 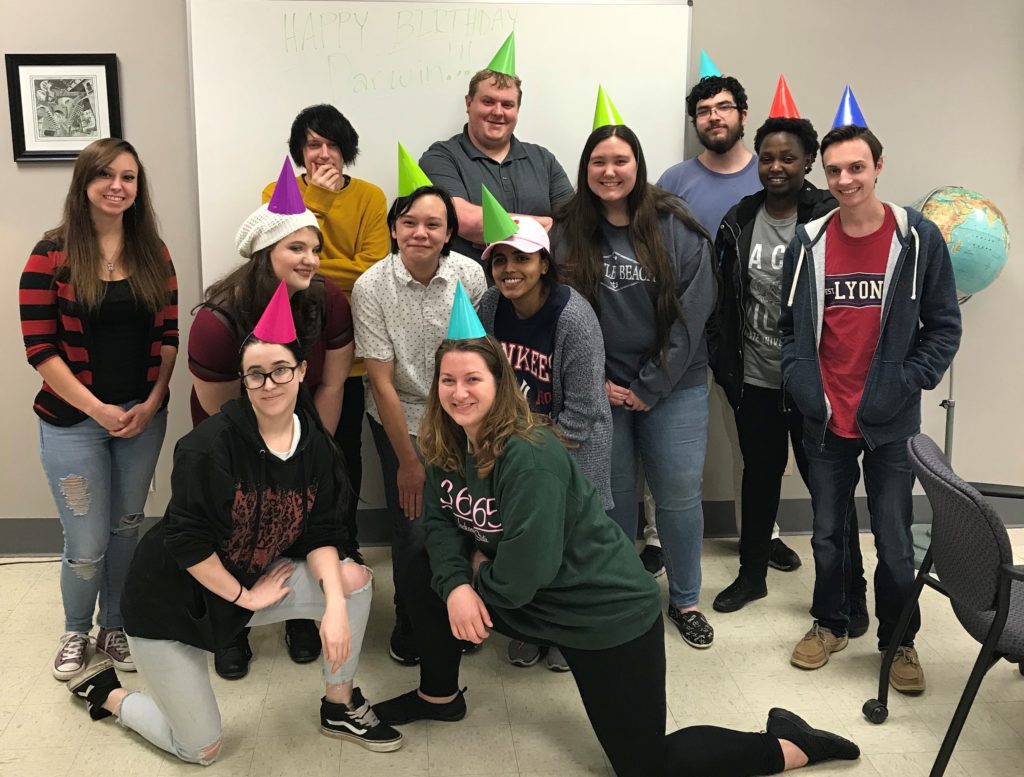 On behalf of Charles Darwin, our students took it to their campuses to display Darwin-themed activities. They educated their communities about the man behind evolution! Their activities ranged from University of Texas Dallas and Clarion University setting up evolution-themed tables to Montevallo and Eastern Illinois University hosting presentations on creationism. Another special interactive activity was designed by our chapter at Rogers State University who hosted a ‘Survival of the Fittest’ obstacle course illustrating how we compete to survive! Our chapter at Jacksonville State in Alabama even commemorated the late theorist by throwing an actual birthday party in his honor, complete with colorful party hats. The festivities continued at Sonoma State University in California where students held a picnic as they discussed his theories and Oklahoma State University led by Lauren Stevens created a new game specifically for the day. “We had a ‘Wheel of Evolution’ which, when spun, filtered through six different categories related to Darwin and Evolution,” she said. “We gave out candy and facts related to evolution and most people that stopped by not only got a piece of candy but more importantly learned something they weren’t already privy to about evolution!” 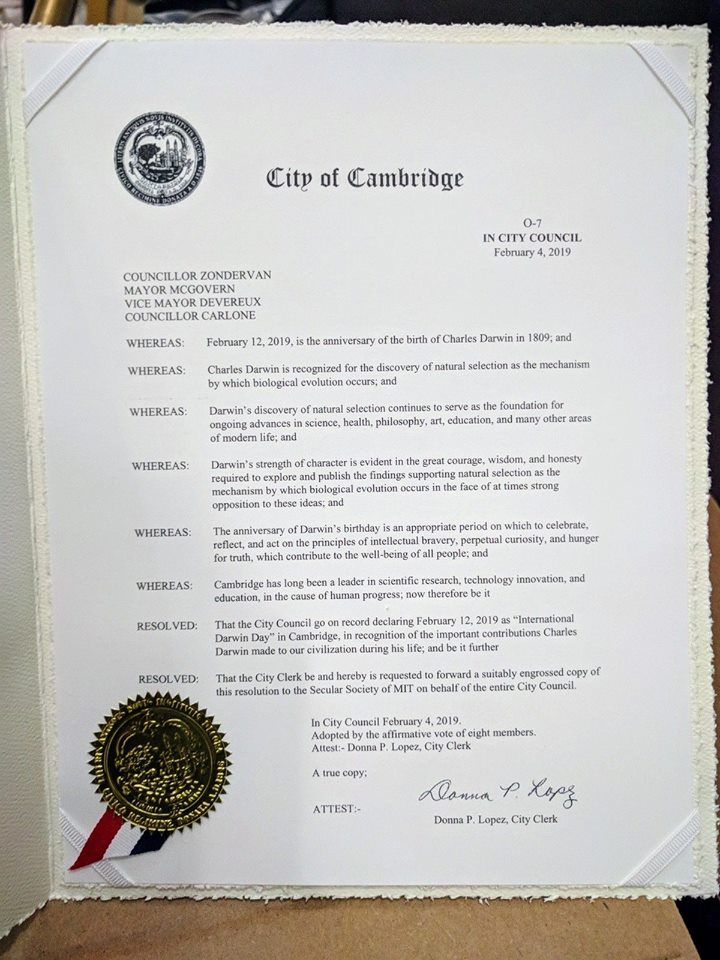 On top of all the well-executed activities, our chapter Secular Society from Massachusetts Institute of Technology, took it upon themselves to even get a Darwin Day proclamation from the city! Our student president, Sohan Dsouza, was presented with a signed declaration from  Cambridge City Councillor Quinton Zondervan and the Cambridge City Council! “He was very cooperative, getting the resolution passed unanimously, and even sending an aide to personally present it to us at the event”, explained Dsouza.

In all, over a dozen SSA chapters participated this spring semester and even registered some new members in the middle of celebrating. It was a very successful Darwin Day for the Secular Student Alliance and all of its chapters. We look forward to more conversations about evolution as we end the month wishing the late Charles Darwin a very happy birthday.