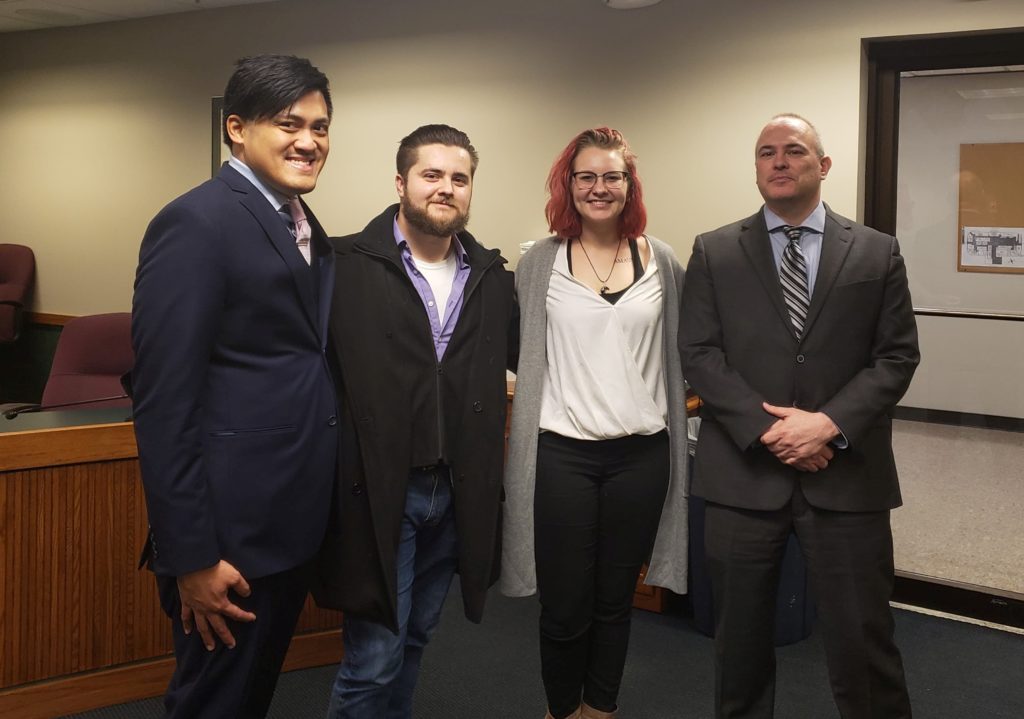 L to R: Samati Niyomchai with PROMO, Dalton McCart and Abilene Mosher with SSA, and Chad McLaurin with Secularus

With the support of American Atheists, PROMO, and the ACLU two brave Secular Student Alliance students, Dalton McCart and Abilene Mosher, testified* in front of the Special Committee for Career Readiness in opposition to HB 1926.

“Though this bill may read as if it is proposing equal rights for groups to express their sincerely held beliefs, it does not bring religious student organizations into equal standing with other groups—both already receive equal benefits. Rather, HB 1926 will give religious campus organizations the special privilege to discriminate. Indeed, this has already been demonstrated by the Supreme Court’s ruling (Christian Legal Society v Martinez, 2010) that “all-comer” policies are viewpoint neutral. That is, these groups will only gain special rights to break university policy and support a harmful university culture.”

Here at the Secular Student Alliance, we will continue to work to support our students as they challenge unfair attacks on the separation of religion and government.