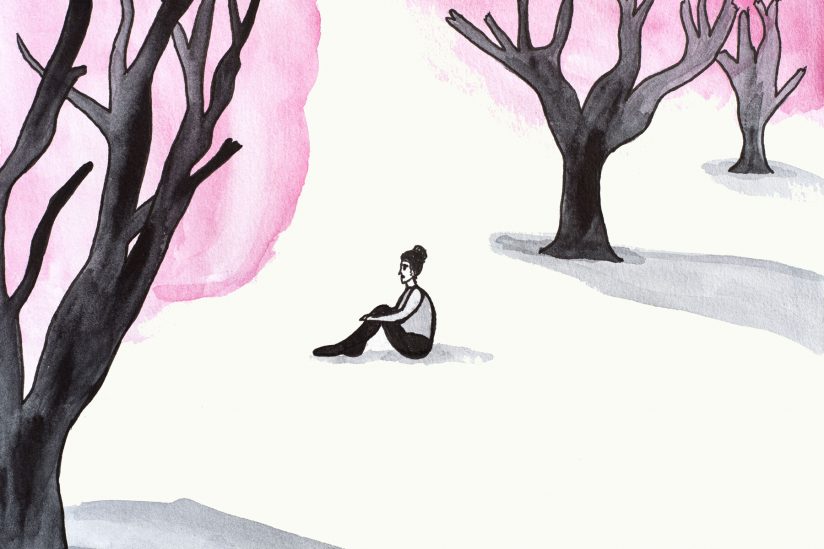 Daphne Armstrong remembers when she first came to USC. Fresh from Missouri, she felt a bit out of place.

“There was some culture shock,” said Armstrong, who is now a junior. “All my roommates were from SoCal and grew up going to USC football games and seemed already so involved in the community.”

For comfort, she took to Facetiming her family every day, going from calling her mom to her dad to her sister.

“I was always texting and chatting with my friend groups back home instead of putting time and energy into people around me,” she said.

Feeling alone at college — especially freshmen year — is nothing new.

“A certain amount of this is to be expected,” said the Rev. Jim Burklo, associate dean of the Office of Religious Life. “You don’t know anyone and you’re starting from scratch.”

But USC officials — and officials across the country — are noticing that technology and social media are making connectedness even harder. Burklo and others started talking about a “loneliness epidemic” on campus. And it’s something gaining international recognition too — the U.K. has a loneliness minister and the United States has labeled it a public health concern in need of intervention.

“How do we encourage a culture of real friendship — not Facebook friends or Instagram followers — that are sustaining for people’s minds and hearts? That’s what this project is about,” Burklo said.

Loneliness in college: Learning to cope

The project he’s referring to is Campfires, a new secular initiative from the Office of Religious Life aimed at connecting “IRL,” which means encouraging students to tune out from texting and cultivate meaningful relationships. There’s friendship trainings for resident advisers or organizations and Thursday meet-ups to discuss things like cultivating intimacy in groups. Inspired by the mindfulness courses, Burklo has also introduced five-week workshops, such as one that recently wrapped called “Click! Making Meaningful Relationships,” taught by USC alumna and friendship expert Cat Moore.

Noor Alwani, a resident assistant at Parkside, took the class. She said she notices on Day 1 how hard it is for students to engage. She remembers doing ice-breakers in the early days of a hall, a time meant to get to know your roommates and neighbors — but some students were disinterested, staring into their phones. Then there are the students who try to put themselves out there but feel like it’s not working. They start to feel like it’s a personality flaw, that they just don’t have it.

Alwani encourages students in her hall to see socializing less as a fixed trait and more as a muscle they can grow. She knows firsthand.

“I was not social at all as a child,” Alwani said. “My adult family members would pull me to the side and say success isn’t all about books. You need to learn to interact with people. That was something that I deeply internalized and worked on for a long time. Initiating conversation is still not my forte, but I would say I’m leaps and bounds from where I was six years ago.”

It’s important to acknowledge that socializing can be hard, especially if you add on anxiety or depression, which are common on college campuses, said Sarah Van Orman, who leads USC Student Health.

“If someone is experiencing depression or anxiety, getting up and going to a club meeting isn’t the easiest thing,” she said. “How do you initiate a conversation? How do you meet people? I think all of us are like ‘I could do better at that’.”

And it’s not just technology that’s making it harder. Burklo and Van Orman point to the added pressures students now face, such as excelling at an elite institution.

“Maybe they spent so much time trying to get into fancy colleges, they let friendships fall into third or fourth on their priority [list],” Burklo said.

On top of social media, academic pressures and mental health struggles, there’s also the fact that a big chunk of students coming into USC are secular. Roughly 4 out of 10 freshmen don’t affiliate themselves with religion, according to the Office of Religious Life. Ryan Bell, a former evangelical and USC’s humanist chaplain, said it can be hard to feel connected if you’re struggling with your faith. He struggled, losing friendships after he left the Seventh Day Adventist denomination.

Campfires is one way the Office of Religious Life is reaching such students, which is also an online resource offering materials for organizations and clubs aiming to cultivate deeper connections. It also has the Secular Student Fellowship and two secular leaders: Bell and Vanessa Gomez Brake, the associate dean of religious life.

Campfires is in its early days, but Burklo is hopeful. And so is Armstrong, who went to Campfires’ kickoff event.

Although the beginning days at USC were hard, Armstrong found community. She bonded with her roommate, which made checking out new things less daunting and she got involved with campus organizations, such as the Secular Student Fellowship and USC Environmental Student Assembly. She said she became less nervous when she realized other freshmen were in the same situation.

“I remember being at the dining hall EVK, and I could literally sit anywhere and strike up a conversation and it wouldn’t be out of the ordinary at all,” she said.

Alwani knows that for some students, it doesn’t end with freshman year. Building lasting connections can take time. She thinks of her close friend, who was there to help when she got her wisdom teeth pulled, driving her home from surgery and picking up her meds.

“That’s not a level of friendship you’re going to develop overnight or over weeks,” she said.

It brings to mind Emery Bergman, whose video about her battle to make friends her first year at Cornell University went viral. Looking at the video comments, there are many freshmen who feel the same way, as well as sophomores, juniors and seniors.

One of her tips? Give yourself time to adjust.