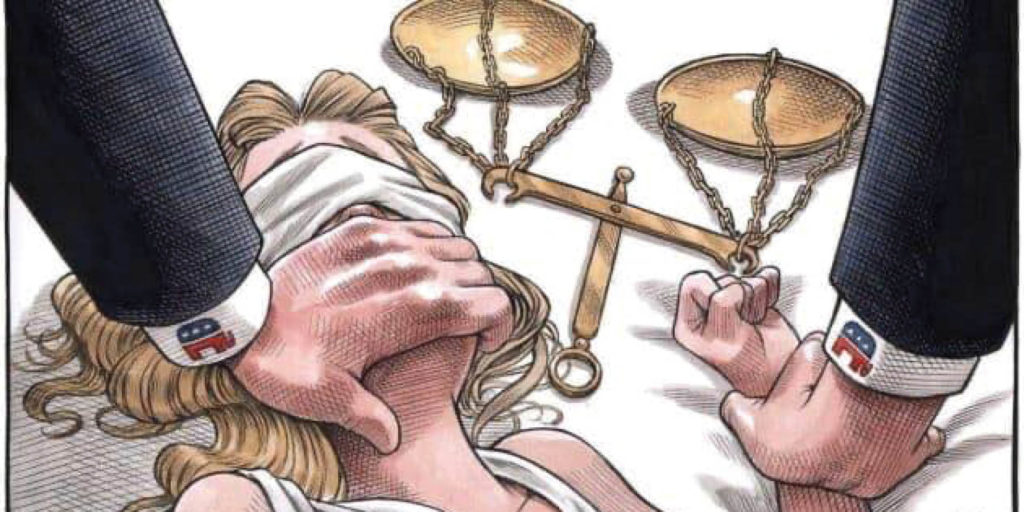 This morning, the Supreme Court’s religiously-conservative majority overturned Roe v. Wade, eliminating the federally-protected right to a safe and legal abortion. This devastating and dangerous decision takes away fundamental rights and bodily autonomy from pregnant people, and will disproportionately impact people of color, people in rural communities, people with lower income, and women. In fact, research and history have shown time and time again that limiting access to legal abortion care will only endanger more lives.

An overwhelming majority – almost 80 percent – of college students responded to a poll conducted by College Pulse, a student polling platform, that they support abortion being legal in all or most cases, representing stronger support than Americans as a whole.

The religious right has been chipping away at reproductive health rights for decades, nominating increasingly extreme GOP candidates at all levels of government, and stacking the courts to do their political bidding.  This decision isn’t about upholding the constitution, it is about enshrining their religious dogma into our civil society.  This decision continues to break down the wall of separation between state and church and emboldens Christian nationalism in the United States.

In the majority opinion, Justice Alito wrote that Constitution does not include the right to abortion care. This decision, which undermines Constitutional Due Process, the 14th Amendment, and the right to privacy, will create a new cause for advocates to be fearful of further attempts to undermine the legal basis for ‘unenumerated’ rights regarding sexuality, sexual behavior, and reproductive rights.

In striking down Roe v. Wade today, Clarence Thomas writes, in a concurring opinion, that the Supreme Court should reconsider Griswold, Lawrence, and Obergefell — the rulings that now protect contraception, same-sex relationships, and same-sex marriage.

Many young people are especially concerned about issues of equal rights, gender equity, racial justice, and abortion rights. Beyond impact at the federal level on the 2022 midterm elections, overturning Roe v. Wade may focus young voters’ attention on statewide races, since the U.S. Supreme Court’s decision will mean that abortion rights are largely decided by state governments.  The Secular Student Alliance encourages all students to use the power of the ballot box and voting booth in 2022, 2024, 2026, 2028, and beyond.