The Marshall University Secular Student Alliance was recently in the news for their Graveyard of the Gods display on campus. The co-president, Maggie Capehart, has some important thoughts about why they organize this event every year. 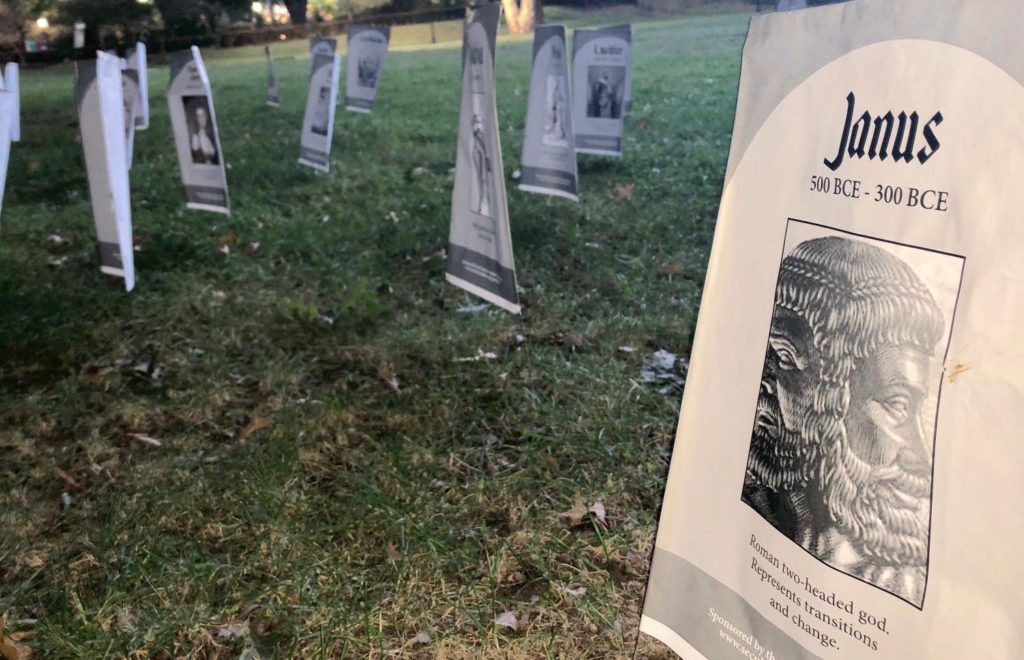 The Secular Student Alliance of Marshall University combats negative stigmas surrounding secularists and the non-religious and promotes critical, logical and innovative thinking amongst its members and community.

Earlier this semester, monuments of supposedly dead, no-longer-worshipped deities from the past were displayed by the Secular Student Alliance as a graveyard on Buskirk Field encouraging students and viewers to reflect on their religious beliefs.

The monument was a physical demonstration of how many deities have been worshipped in the past and are now mostly forgotten, Maggie Capehart, senior student and co-president of Secular Student Alliance, said.

“What makes some peoples’ devotion and faith any different from those whose deities are long forgotten today?” Capehart said. “How could you be more sure of your god(s)’s existence than those people were of their gods now on the tombstones?”