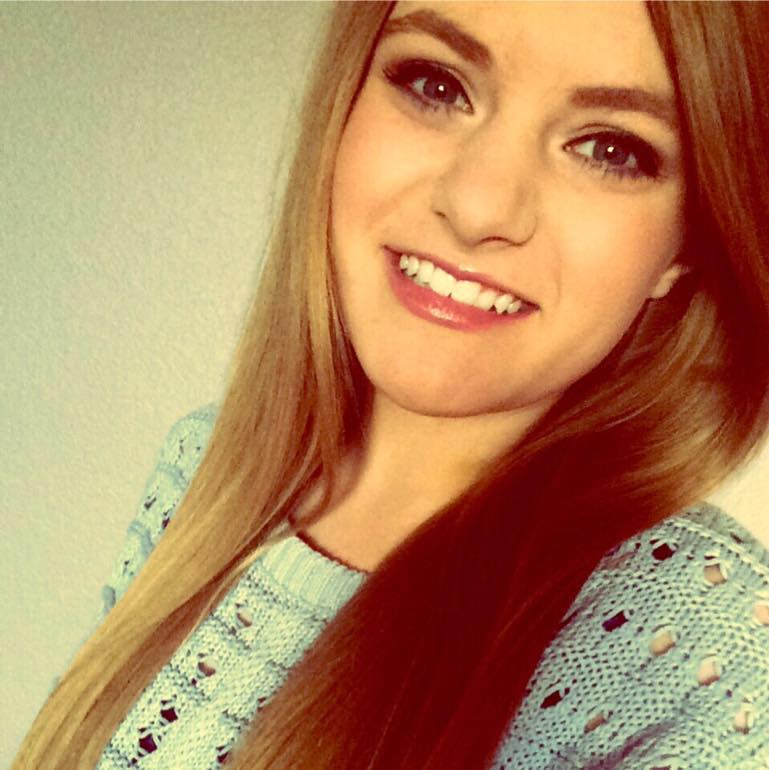 The following article was originally published at Humanist Voices, by Scott Douglas Jacobsen.

Raghen Lucy is a sophomore at Minnesota State University, Mankato. Growing up in Williston, North Dakota, she did not have an outlet to express her atheism and advocate for secularism until she got involved with the Secular Student Alliance in 2017. She was inspired to major in Philosophy, Politics & Economics and pursue a career in Constitutional Law by her favorite author and religious critic, Christopher Hitchens.

Raghen revived SSA Mavericks after several years of inactivity and finds great joy in serving as an ambassador for the secular cause in Minnesota. After completing her undergraduate program, Raghen is looking forward to attending law school and launching a career in Washington, D.C. She hopes to deal with legal cases regarding freedom of speech and religious liberty.

Raghen Lucy: I was raised in a religious household, and this upbringing seemed unusual to me from an early age. My mother is Methodist, and my father is Catholic. I constantly struggled with confusion regarding this as a child, always asking myself, “Which parent is right? Can they both be right? Can they both be wrong? What does it mean if they are wrong?” I was forced to attend the Methodist Church throughout my early childhood, and the stories and lectures I was fed never stuck with me. I never once found myself truly convinced by anything my religious elders were trying to convince me of. This led to both internal and external turmoil in my early adolescent years that carried into my teens and still to this day. The secular activism I have been doing the past couple years has especially put a strain on my relationship with my parents, but this is something we are working through, and I feel I am growing closer to my them because of it.

Jacobsen: You study at Minnesota State University, Mankato. Why specialize in politics, philosophy, and economics?

Lucy: I actually chose this university specifically because of the Philosophy, Politics & Economics (PPE) program. When I began reading the writings of the late Christopher Hitchens during my junior year of high school, I was immediately inspired to emulate the likes of his work. I did a quick Google search on his academic background, and found that he studied PPE at Oxford. Knowing that Oxford was probably out of my reach at the time, I searched for the closest university that offered the program, found MSU Mankato, and the rest is history. I love this program, as it provides me with a well-rounded insight into the relationship between the political, economic, and legal systems of our society. In addition, it is a perfect undergraduate degree for my future plans — to attend law school and hopefully become a Constitutional lawyer based in Washington, D.C.

Jacobsen: While being the president of the Secular Student Alliance at the same university, what are the difficulties on campus for a secular campus group?

Lucy: There is still an abundance of work to do in normalizing secularism around our area, and as a result, we have experienced some pushback. We are fortunate to have such a supportive Student Activities department — many SSA chapters, especially in southern and ultraconservative states, are not so lucky. We have experienced instances of our posters being ripped up, torn down, or covered up, laughs at our table in the student union, and verbal intimidation by a few religious authority figures on campus. I always remind myself that these are relatively mild cases of resistance, and to persevere, always treating others with respect and civility. Although normalizing secularism is often difficult, especially on a campus dominated by religious organizations, it is a meaningful and worthy project to undertake.

Jacobsen: What are the tasks and responsibilities of the position, including delegation?

Lucy: As president of my Secular Student Alliance chapter, I do almost everything from small tasks such as designing posters to more substantial tasks like organizing large-scale events. It takes quite a bit of behind-the-scenes groundwork to run any student organization, but my executive team and group members never fail to offer encouragement and assistance whenever possible. When I was awarded the Best New Chapter of the Year award at the national SSA conference this past summer, I was asked, “How did you do it?” to which I replied, “We did it.” Without the support of our members, faculty advisors, and national SSA staff, the group’s success would not be possible.

Jacobsen: What is the ratio of secular organizations to religious organizations on the Minnesota State University, Mankato campus(es)?

Lucy: The main reason I chose to launch the Secular Student Alliance was the complete lack of an organized secular presence on campus. Moving from the religious right-wing state of North Dakota, I assumed that a university in Minnesota would have a well-established secular presence, but I was disheartened to be so mistaken. Upon searching for a secular club I could join during the first few weeks of my freshman year (Fall of 2017), I found 21 religious and faith-based organizations, and nothing for non-religious students. This compelled me to start the chapter in the Spring of 2018. The Secular Student Alliance is currently the only secular organization at MSU Mankato, and I am so thrilled that we are continuing to grow and spread our message. We are also taking advantage of the unique opportunity we have to connect and collaborate with the several religious student organizations.

Jacobsen: Also, you’re on the National Leadership Council for the Secular Student Alliance. What responsibilities in representation comes with this position?

Lucy: The National Leadership Council is a select group of students and recent alumni who provide insight, guidance, and support to the national Secular Student Alliance staff. The SSA cares deeply about the ideas and concerns of its student leaders, and this group is a mechanism by which they can address and employ those suggestions. This is a vital part of the organization’s success, but I think the most important responsibility I have as an NLC member is offering support and advice to other student leaders. It is imperative that our hundreds of leaders across the country have a group of capable and experienced peers to relate to, gain perspective from, and voice concerns to. The students are the heart of the SSA, and we continuously aim to support each other in any way we can.

Jacobsen: How can students become involved in the MSUM SSA?

Lucy: The majority of participation in our organization involves attending meetings and engaging in group discussion. We discuss a wide array of topics, including the separation between state and church, theories regarding climate change and evolution, and the importance of normalizing secular identity. We plan to become more involved in volunteerism, human rights activism, and collaboration with religious student organizations. Anyone who would like to get involved can email me at raghen.lucy@mnsu.edu or stop by a meeting. Here is a link to our Facebook page, where we regularly advertise upcoming events: https://www.facebook.com/ssamavericks.

Jacobsen: How can ambitious students create an SSA chapter or group on their campus?

Lucy: I was astonished by the warm welcome I immediately received from the SSA staff when starting a chapter. I first began the process by contacting Ryan Bell, SSA’s National Organizing Manager. Ryan and other staff members have continuously supplied me with an invaluable plethora of resources and support. They understand how difficult it is to balance leadership obligations and academics, and make the process as accessible and step-by-step as possible. More information on creating a chapter can be found here: https://secularstudents.org/start-a-chapter/. Fun fact: a young lady beginning the 7th grade this year recently started the first middle school SSA chapter at Salt Lake City’s Open Classroom!

Jacobsen: Thank you for the opportunity and your time, Raghen.