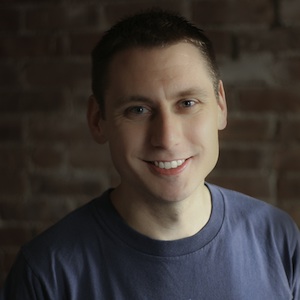 Chris Johnson is a New York-based photographer and filmmaker. He received his undergraduate degree in film production (along with a minor in religious studies) from Concordia University in Montreal, Quebec. His photography has been seen in various outlets, including The New York Times. He is the author of the coffee table photography book, A Better Life: 100 Atheists Speak Out on Joy & Meaning in a World Without God as well as the documentary film version, A Better Life: An Exploration of Joy & Meaning in a World Without God. In addition, he hosts the podcast, A Better Life. He has travelled the world on a screening/lecture tour about A Better Life, speaking and screening the film in over 115 cities on six continents — from Reykjavik to Shanghai; Lima to Cape Town. For the book, film, and podcast of A Better Life, he has interviewed many prominent atheist figures such as Richard Dawkins, Steven Pinker, Dan Dennett, Derren Brown, Pat Churchland, Julia Sweeney, Penn & Teller, and many more. He has given talks on atheism and his work at conferences, universities, non-profit organizations, and community groups. In addition, he has also been a guest on numerous podcasts, radio and TV shows around the globe.