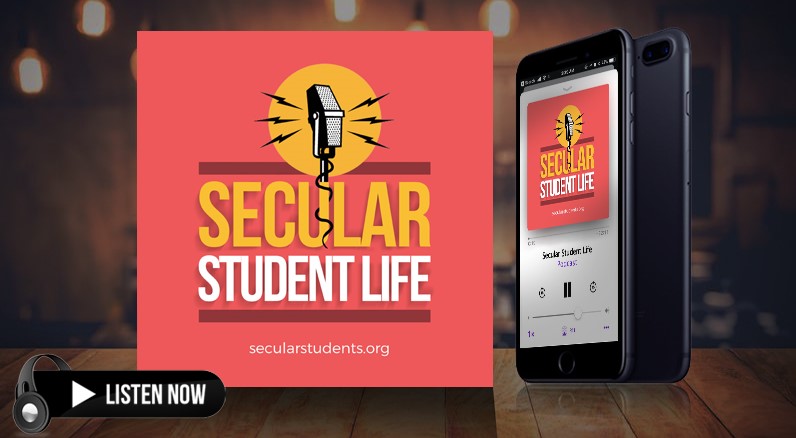 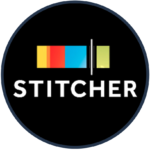 In this episode we talk with Mandisa Thomas, founder and president of Black Nonbelievers, Inc., about the unique challenges and opportunities for black Americans who are leaving faith and religion behind.

Mandisa Thomas was the keynote speaker at this year’s Secular Student Alliance Conference in Los Angeles and the recipient of the 2019 SSA Backbone Award. The SSA Backbone Award is given annually to a leader whose dedication and work over many years has been foundational in the cause of secular humanism, civil rights, freedom, and equality.

Mandisa has a number of media appearances to her credit, including CBS Sunday Morning, CNN.com, Playboy, The Humanist, and JET magazines. She has been a guest on podcasts such as The Humanist Hour and Ask an Atheist, as well as the documentaries Contradiction and My Week in Atheism. Mandisa currently serves on the boards for American Atheists and the Reason Rally Coalition, and previously for Foundation Beyond Belief and the Secular Coalition for America. She also is an active speaker, and has presented at conferences and conventions for Freedom from Religion Foundation, Secular Student Alliance, and many others.

Mandisa was named the Unitarian Universalist Humanist Association’s 2018 Person of the Year, and was also named the Freedom From Religion Foundation’s Freethought Heroine for 2019.

Support the mission of the Secular Student Alliance by making a tax-deductible donation today and secure a secular future!

Episode 4 -What does it mean to be secular? with Nick Fish

In this episode we talk with Nick Fish, president of American Atheists, about what it means to be an atheist and a secular person in America today.

Nick Fish is a seasoned civil rights and civil liberties activist with more than a decade of political, organizing, and leadership experience with many of the nation’s most prominent political organizations and progressive non-profits. A native of Michigan, Nick studied political science at Albion College before working in Raleigh, North Carolina, managing a voter outreach office that registered more than 5,000 new voters and knocked on 25,000 doors in the two months leading up to the 2008 election. After the election, Nick worked in donor outreach, marketing, fundraising, and communications, including with the Secular Coalition for American. Before his appointment as president, Nick served as Development Director and National Program Director for American Atheists.

Since 2015, Nick has often represented American Atheists in the media, including appearances on the Fox News programs Spirited Debate, Hannity, and Fox and Friends, and on countless local media outlets. He has been quoted in The Washington Post, CNN, Time Magazine, Newsweek, and The Associated Press. He has created innovative advocacy and visibility campaigns, including AtheistVoter, and has developed messaging and strategy around American Atheists’ legal, public policy, and outreach campaigns.

If you're student, please become a member (it's FREE), join or start a chapter on your campus, or learn about our resources.

Register for the 2019 SSA National Conference!

Support the mission of the Secular Student Alliance by making a tax-deductible donation today and secure a secular future!

On this episode of the Secular Student Life podcast, Ryan Bell speaks with Monica Miller, about the Peace Cross in Bladensburg, Maryland—a war memorial that stands 40 feet tall in the middle of a busy intersection. Monica is Senior Counsel at the American Humanist Association. Since joining the AHA in 2012, she has vigorously defended the constitutional mandate of separation of church and state by litigating Establishment Clause cases across the country. She has served as lead counsel in over 25 federal cases, including before the U.S. Supreme Court, and the U.S. Courts of Appeals for the Fourth, Fifth, Ninth, Tenth, and Eleventh Circuits. Just over a month ago Monica presented oral arguments on behalf of the American Humanist Association before the U.S. Supreme Court in the case of regarding the constitutionality of the Bladensburg Cross war memorial in Bladensburg, Maryland.

In part two, Ryan speaks with Sarah Henry, a spokesperson for the American Humanist Association, about her appearance on The Ingraham Angle, with Laura Ingraham. We break down her interview and talk about how she stayed on message and challenged the false narrative that Ingraham was spinning.

Sarah is the Communications Associate at the American Humanist Association. Sarah graduated with a B.A. in Political Science and Photography from Lynn University, in sunny South Florida. She is currently a graduate student at American University, pursuing a Masters of Public Administration.

Both Monica and Sarah were SSA student leaders in their respective schools and have gone on to important roles in the secular movement.

#HonorThemAll - the American Humanist Association's guide to everything regarding the Bladensburg Cross case.

Register for the 2019 SSA National Conference

Learn more about our new resource, Creating Communities of Belonging

On this episode of the Secular Student Life podcast, Ryan Bell speaks with Alana Carter, a student at Nazareth College in Rochester, New York, about her deconversion experience and subsequent experience of loss. In the space of just a year or so, Alana lost her dad, her grandmother, her aunt, and then her cat. Some of these losses happened while she was studying abroad. Alana speaks with impressive wisdom and shares how she has faced grief as a secular person.

Then Ryan speaks with Garrett Price, a licensed professional counselor working in hospice in the state of Idaho. Day in and day out, Garrett works with those who are dying and the survivors they leave behind. His insights about grieving and mourning are deeply insightful.

The National Suicide Prevention Lifeline is a national network of local crisis centers that provides free and confidential emotional support to people in suicidal crisis or emotional distress 24 hours a day, 7 days a week.

Write to us at podcast@secularstudents.org to tell us what you think of this episode, make a suggestion for a future episode, or to speak to us about your own needs for support at a secular student.

We provide all of our resources free of charge to students. If you’d like to help us meet the needs of the growing secular student population, you can learn more at secularstudents.org/donate.

On this episode of Secular Student Life, Ryan Bell speaks with Lisa Daugherty, a student at Ivy Tech Community College in Evansville, Indiana. Lisa has worked tirelessly to get her chapter started and running smoothly in the past year, in the face of steady opposition, but there are signs that the ice is breaking and even some Christians on campus have become allies. Lisa also shares from her personal life about her upbringing in the church and how she became an atheist later in life.

Darwin Day is on February 12. Resources for holding a successful Darwin Day event can be found on our website.

Prepare now to be a part of SSA environmental action campaign this spring—#OneLifeOneWorld. Start by hosting a viewing of the Sunrise Movement's livestream. More information is available here.

Join or start an SSA chapter on your campus!

Support the Secular Student Alliance by becoming a member today!