Secular America Votes launched in 2018 as the first voter registration initiative by the secular community. Secular Americans now make up one-quarter of the population, yet we are severely underrepresented in government. While we are a diverse constituency with many different points of view, we are united by our shared secular values and a commitment to our secular democracy.

Secular America Votes is a joint project of American Atheists, American Humanist Association, Black Nonbelievers, Center for Inquiry, Freedom from Religion Foundation, The Freethought Society, Secular Coalition for America, and Secular Student Alliance.
Our Vision
We envision a political system in which secular voters are recognized by politicians and the political establishment as an essential, powerful constituency whose hearts, minds, and votes they must win over.

This year, we will build on the foundation we laid last two years ago for a long-term, voter registration operation that will demonstrate to the political establishment, candidates, and elected officials that secular voters are a united political force and voting bloc that is an essential element of their election strategy.

As our community continues to grow in size, our political influence is still unrealized. With more than one in four Americans—and more than one third of young people—claiming no religion, increasing the visibility of atheist, humanist, and secular groups is of critical importance.

The Secular America Votes project will harness our rapidly growing communities to engage in the political conversation and become a force for organizing on-the-ground activism. 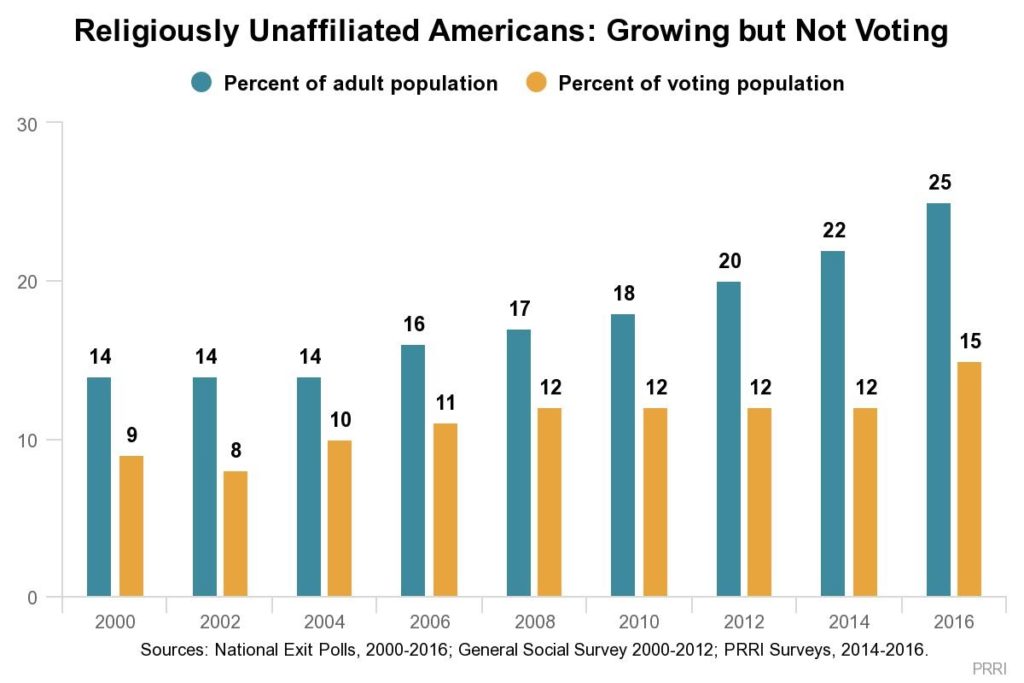 The religiously unaffiliated are now the largest and fastest growing “religious” demographic. And yet when you look at the unprecedented attacks on religious freedom and the separation of church and state in favor of a powerful Christian minority, one wonders how the secular community and our values are so drastically underrepresented in government.

Despite growing at an explosive rate, the nonreligious have only made up 12% of the total voter turnout in every election through 2014 and increased to only 15% in 2016. As of 2018, more than one-quarter of the nonreligious report they are not even registered to vote.

By comparison, despite their shrinking share of the total population, evangelicals made up 26% of the electorate in 2014. That means evangelicals are beating secular voters two-to-one at the polls. It’s up to us to step up and increase voter turnout in our community by getting more involved. 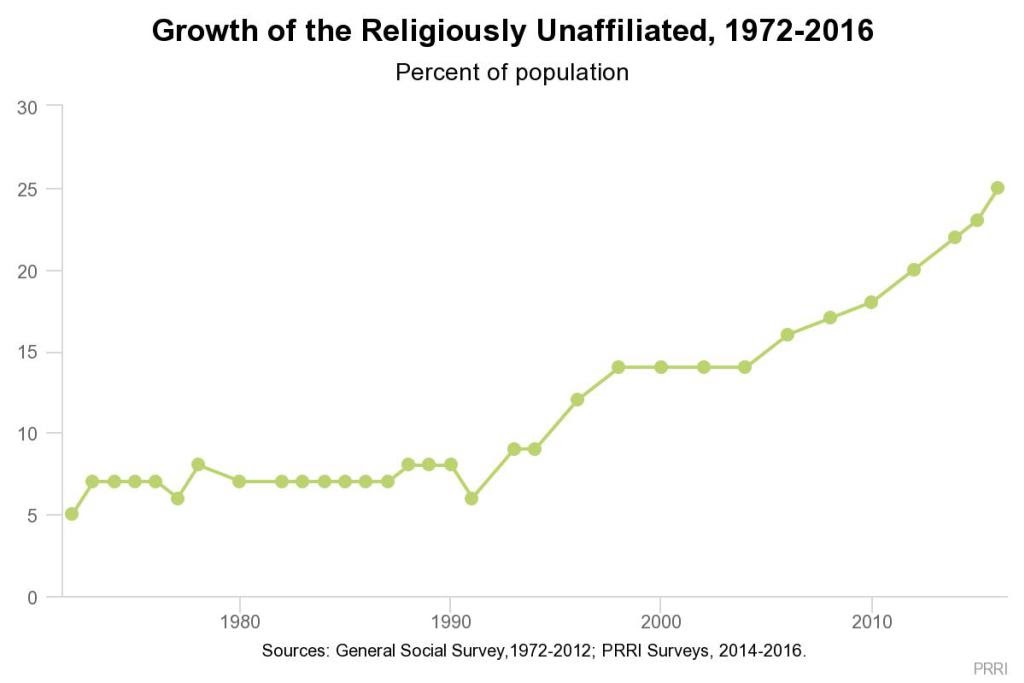 The religiously unaffiliated are the largest and fastest growing religious demographic in the United States, and yet we are severely underrepresented in government. While our Constitution prohibits a religious test for office, the stigma associated with having no religion and the pervasive misconception that one must be religious to have values has reinforced a de facto religious test on political candidates.

Many elected officials continue to govern in the “secular closet,” claiming a religious affiliation when in fact they are secular. Secular America Votes seeks to change this by empowering secular activists to have a visible role in elections.

Get updates Register your drive Find a drive Request supplies